The secret life of airline wines We take a look behind the scenes at the airline wine world, to find out how they satisfy the thirst of millions of passengers, and what their mammoth wine purchases mean for the market. Plus, what’s best to drink in the air?

He’s not wrong, Qantas claims to invest $25 million in the Australian wine industry every year and its all-Aussie wine list (bar Champagne) showcases the country’s wines all over the world.

Airlines take catering to dizzying heights, operating on a far larger scale than most hospitality arenas. American Airlines claims to launch 6,700 flights a day, and even a smaller company like British Airways was responsible for ‘uplifting’ 42.1 million passengers last year.

But how do they keep all these people wined and dined? We asked top wine consultants to explain the inner workings of the airline wine world….

‘Qantas is the third largest purchaser of wine in Australia’

With such enormous customer demands, airline wine is a multimillion dollar business that can prove a boon to any national wine industry.

‘What people don’t realise is that it’s a kind of hidden wine market,’ said Michael Hill Smith MW, adviser to Singapore Airlines and DWWA Co-Chair. ‘Airlines like Singapore, Qantas and BA are responsible for huge purchases of fine wine.’

‘Qantas is the third largest purchaser of wine in Australia,’ said CEO Gareth Evans in a Qantas International press release.

The Emirates wine cellar is said to store 3.8 million bottles of vintage wines

Airlines like Emirates go direct to producers and buy large stocks of en primeur wines. A company spokesperson told Decanter.com that Emirates has spent $690 million on wine since 2006 — some of which won’t be poured until 2027. The Emirates wine cellar is said to store 3.8 million bottles of vintage wines.

It would seem airlines have the financial power and global exposure needed to make a producer’s reputation.

‘There is no doubt that a BA First Class listing is seen as prestigious, for a small winery it can be quite a coup. Last year Bolney Blanc de Blancs

Hi Smith agreed, ‘I remember we started pouring Dog Point’s Sauvignon Blanc before many other people, at a time when it was just all about Cloudy Bay. I’d say we definitely had a hand in their positive future. 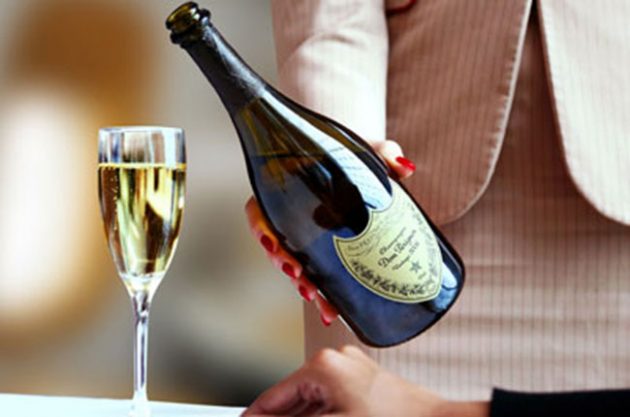 How the wines are chosen

Top airlines recruit experts like Master Sommeliers and Masters of Wine to help with their in-flight wine lists. Hill Smith explained how the they choose which wines end up on your fold-away table:

‘I fly out to Singapore with Jeannie Cho Lee MW and Oz Clarke, we spend a week blind tasting close to 1,000 wines in their categories using international tasting standards. We might taste 80-100 bottles for Business Class Bordeaux.’

Sparrow outlined what they look for at British Airways:

‘A typical list will feature the core first class Champagne, a rosé Champagne and an English sparkling wine. For reds there is always a Claret, Pinot Noir and a more robust red like a Shiraz. There is always a white Burgundy, a Sauvignon Blanc and an ABC white. Finally, a Dessert wine and a Port.’

What wines to drink on a plane! Toast your journey with Champagne… 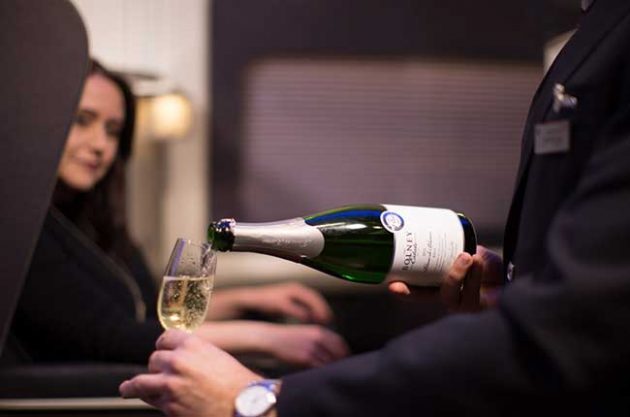 Sparrow previously outlined how the taste of wine can change on a plane, highlighting that vibrant fruit-driven wines can taste more enjoyable, as more astringent qualities often seem exaggerated in the dry cabin air.

Michael Hill Smith MW agreed, adding that high maintenance wines can also prove a problem:  ‘It’s hard to get ideal conditions like you might have elsewhere — decanting for example isn’t always possible.’ On the plus side, ‘you have time to really appreciate and taste,’ the MW pointed out.

‘I’m always a sucker for Champagne on a flight, said Hill Smith. ‘It doesn’t matter what time of day it is, I like to celebrate the journey.’

A former flight attendant at British Airways told Decanter.com how her cabin crew kept their hands smooth on those long, dry flights:

‘We used to empty sugar sachets into our hands, while one of the other crew would douse them with half finished bottles of Tattinger for a very expensive and luxurious hand scrub! We couldn’t land with open bottles of champers for tax reasons.’

Written by Laura Seal for Decanter.com